Explore Indiana University history and its broader impact through these library resources!

Welcome to the #IUDay LibGuide! 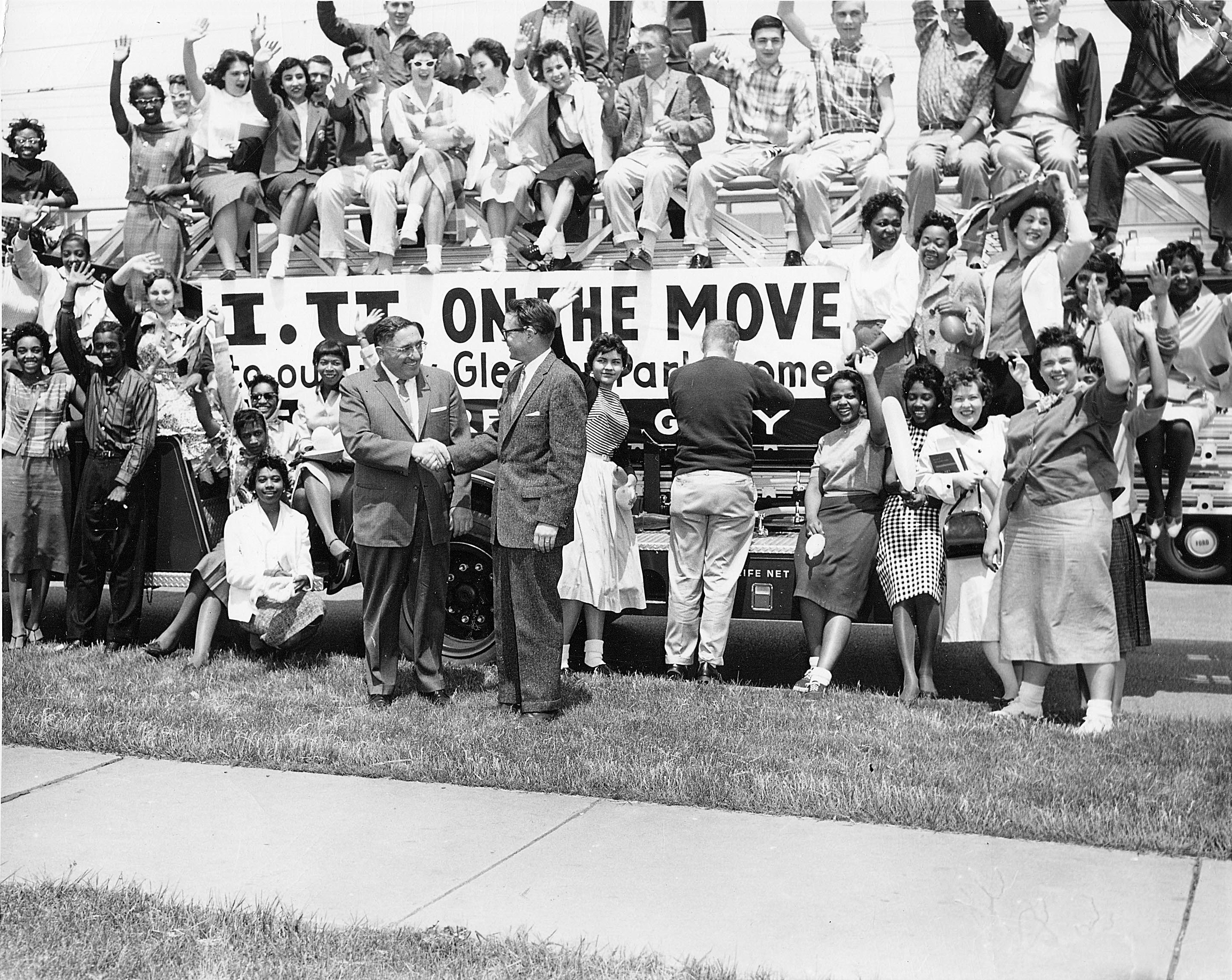 What is IU Day?

Started in 2016, Indiana University has engaged in IU Day as a 24 hour celebration of all things IU. The day involves social media activity, sharing personal anecdotes related to IU, giving gifts to IU and its various programs, and reflecting on the university's past. With this LibGuide, we will show some of IU's history and provide guidance toward resources about IU.

If you would like to participate in #IUDay, you can join the conversation on Twitter with the #IUDay hashtag, complete the social media challenges, make a gift, and check out the official IU Day website for more information on additional ways to take part in the celebration!

Every campus of Indiana University has its own history and story to tell. Because this LibGuide is hosted by Indiana University Northwest, we would like to highlight the history of our campus. This timeline was provided by emeritus Archivist-Curator Steve McShane of the Calumet Regional Archives.

1948-- IU assumed the administration of Gary College as it experienced financial and accreditation difficulties. After one year as Indiana University-Gary College, the institution became the Gary Center of Indiana University, at the City Methodist Church complex, 6th & Washington St. in Gary.

1955-- City of Gary donates twenty-seven acres in Gleason Park, in the Glen Park section of Gary, to the University.

May 18, 1959-- Opening of the new Gary Center of Indiana University in Glen Park.

1961-- Theater Northwest is founded, the first such program at an IU regional campus.

1976-77—Division of Continuing Studies first appears in the IUN Bulletin.

1992—The IUN sports teams change name from The Chiefs to The Blast.

2007-- College of Health and Human Services is established.

2008--Campus is flooded with water overflowing from the Little Calumet River.  Campus is closed for 2 weeks in September.  Tamarack is completely closed, due to flooded areas in Theater and elsewhere.  Performing Arts begins work in space at the Village Shopping Center at 35th Avenue and Grant Street.

2010--Chancellor William J. Lowe is named the 6th chancellor of IU Northwest.  He is installed in October 2010 in the Savannah gymnasium.

2015—Groundbreaking for new Arts and Sciences Building (to replace Tamarack).

2016—50th commencement at the Northwest campus.

The Indiana University Northwest campus has its own Youtube page with many videos available on a wide range of topics. Scroll through those videos or check out the Playlists section for more recent activity at IUN as far back as 2011.

If these videos do not appear or will not play, please use another browser (e.g. Mozilla Firefox, Google Chrome) or click on the video's title to open its record within Indiana University Media Collections Online.

This year due to COVID-19, some books can be read online (if not already checked out) through HathiTrust Emergency Temporary Access Service (ETAS).

For books where this is available, click on the title of the book to reach its IUCAT record, then click the HathiTrust logo on the left side to be able to check it out.

Please note that access to these books requires either an Indiana University student, faculty or staff username and passphrase, or use of a computer on campus.

If you would like more thorough, in-depth information on the history of Indiana University Northwest, consult the Calumet Regional Archives within the John W. Anderson Library. Below is a brief sample of the type of works available through the Archives.

CRA101 -- William A. and Mildred H. Wirt Papers - includes bulletins, newsletters and programs for northwest Indiana activity by Indiana University in the 1930s and 1960s